Having a great idea isn’t the same as creating a great concept. From the first time you first put words on paper to the day you committed yourself to building a career, you have had many great ideas. Unfortunately some of those ideas have never broken free from the confines of your imagination, perhaps due to a lack of an immediate outlet in which to record them. Let’s introduce you to some tools to help you capture your concepts and let them grow.
Hold on! Let me just grab my...
So many of my ideas have drifted into the ether simply because I lacked the foresight to have the one tool that a writer must keep with them at all times - a pen. A simple walk down the street can offer up a myriad of paper products to write on, but finding a source of ink and a quill is a different story all together. Don’t risk losing the one perfect idea you’ve been waiting for because you’re sure that someone somewhere will have a pen that you can use.
You may read the next paragraph and say, “But I have my smart device like you suggested," and you’d be absolutely right. However, batteries can run out at the most inopportune moments, so it’s good to have a backup. In fact, look around you the next time you commute and watch for the telltale signs of battery failure - a slap to the forehead, various curse words about the quality of their equipment. Offer up your handy dandy pen and I bet you make a new friend after you save their project and perhaps their life as they know it.
Smart Device Tools
The programs used in smart devices enable you to collect your thoughts, process ideas and publish them to the world all while riding the train into work. In fact, after I installed Evernote on my tablet, I was able to organize my different writing concepts into individual notebooks. Having my thoughts structured in a way that I had never known before created an incredible leap forward in my writing skills. It allowed me to focus individual, random thoughts into working concepts that began to develop into entire worlds that I was able to give life to. Along came Postach.io, which linked itself to my Evernote account, and I was creating my very own stage to showcase my work. I was in freaking love with my tablet - and my smart tools.
The ease of use that these two programs offered not only by themselves but together removed some creative barriers and introduced a relic like me to the new world. I’d go so far as to admit it helped me to embrace some of the technological changes of the past twenty years. I’m not saying that each time I wake up with a game changing idea I instantly turn on my tablet - I still use my trusty pen and notebook for that. What I am saying is that the use of these tools put everything in an order; they help it all make sense to me.
Idea to Concept
I’m going with a little shameless self-promotion here but the story has a purpose. I created a world in which two of three books have been written - I call them “The Rebellion Writings." The idea was born over twenty years ago while I was living in Victoria, Canada. I didn’t own a vehicle, and since I lived and worked in the downtown core I would walk everywhere. As I took these walks, my mind would start to wonder and I would have such incredible ideas that my heart would race. The trouble was that by the time I found a place to sit and work out the details, the ideas that sparked a fire in my blood had escaped and the books never heard a single word written in their honour.
Eventually, technology caught up with my needs and I was able to do what I never thought possible. I now have the ability to speak or type into my smartphone, upload it to my personal sites and then really dig into my organized ideas. I have created not only one worthy concept but have another is in the works - and who knows how many more wait in the wings.
The Importance of Now
Ideas are fleeting and in my experience always best when first born - the tweaking and filtering can come later. It’s the right then and there that turns that idea into a concept.
If you aren’t prepared, you may end up watching it drift away; unless of course you still carry a pen ;) 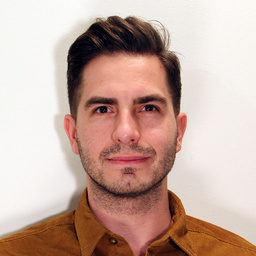